Don't buy a Porsche if you want an iPhone: EHR Mobile Apps and Charge Capture
David Cote
pMDers love Porsches, but I wouldn’t say that we have a company full of car enthusiasts. I learned a lot about Porsches when I first started working at pMD because we do have some car enthusiasts. pMDers love Porsches because the “Porsche Principle” resonates so deeply with the way we operate:

“The underlying principle is to always get the most out of everything. From day one, we have strived to translate performance into speed – and success – in the most intelligent way possible. It's no longer all about horsepower, but more ideas per horsepower. This principle originates on the race track and is embodied in every single one of our cars. We call it ‘Intelligent Performance’.”

We share a similar philosophy for the mobile charge capture and secure messaging products that we design, implement, and support at pMD. So why have I never come across a single person using the Porsche BlackBerry in our office?


Our weekly device breakdowns don’t even acknowledge Porsche (or BlackBerry) as having a horse in the race! This is probably because Porsche should stick to what they excel at: building legit sports cars. I will continue giving Apple my money because they consistently deliver the high-end sports car of smartphones to my pocket, and I need cutting edge mobile technology to stay productive while traveling across the country.

Similarly, pMDers are fans of Epic. Judy Faulkner’s motto of “Do good, have fun, make money” certainly resonates with me. It is truly amazing what they have accomplished in the medical industry. With that said, I can’t tell you how many times I have been asked how pMD is going to survive competing with a juggernaut such as Epic.

“Epic does everything! They have a mobile app!”

This isn’t unique to Epic. Almost every EHR vendor out there has some sort of mobile component to their offering. Epic comes to mind because we happen to have quite a few mutual clients that have been asking me about this. pMD’s relationship with some of those mutual clients started when an Epic client acquired a medical group that was already using pMD. During the transition phase, Epic replaces many of the products that the newly acquired medical group was using. The physicians draw a line in the sand when they come across pMD. 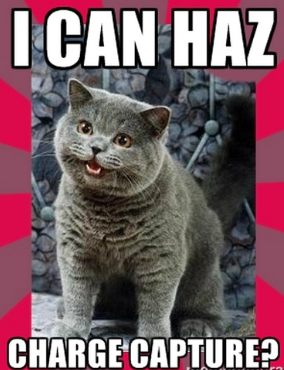 This is usually the beginning of a two year evaluation process that begins and concludes with happy doctors using pMD. After spending thousands of dollars on a team of consultants, internal projects, meetings and demonstrations, our client comes to the conclusion that pMD is a complementary service that enhances the physician experience for specialists.

During one of these evaluation cycles we were introduced to an Epic expert at one of these consulting firms. Our mutual client asked us to work together to understand how pMD compares to Epic’s mobile offering. At our first meeting, the consultant very candidly admitted that he was tasked with replacing pMD with Epic’s mobile product. Oddly enough, this was good news! Instead of wondering where the overlap might be, we were able to collaborate with him and develop some concrete answers about how pMD would (or wouldn’t) fit in at an Epic site.

Every one of our mutual clients goes through this evaluation sooner or later. This process is expensive and takes a long time. It’s not a good use of health care dollars and certainly doesn’t help patients or our client’s profitability. But since we know the cycle begins and ends with happy pMD users, I’m hoping to help educate the market and our customers going through this transition by writing some blog posts about what we’ve learned working with the Epic expert.

Porsche has not released a smartphone that competes with the iPhone. That’s seemingly obvious. Working with the Epic expert helped us understand why pMD is the sports car of mobile charge capture, even at an Epic site.