Apple's Auto-Update Helps, But No Silver Bullet - Part 2
Siavosh Bahrami
We received a lot of great feedback from our post charting the upgrade rate of the latest version of our charge capture app in the iOS App Store. One relevant point I didn’t delve into was the iOS breakdown of our user base, which affects the 58 percent that had upgraded.

Since last year, our app has required iOS 7 (or later versions) to upgrade. So given the breakdown of iOS versions being used by our customers, only 85 percent of them have the auto update feature available. 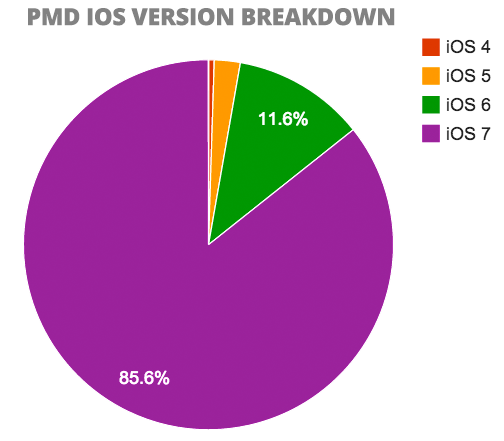 In order to measure the efficacy of the update, we can calculate the percentage of our user base to have upgraded their app to only include the pool that was eligible to do so, i.e. those with iOS 7. The trend, however, remains the same. 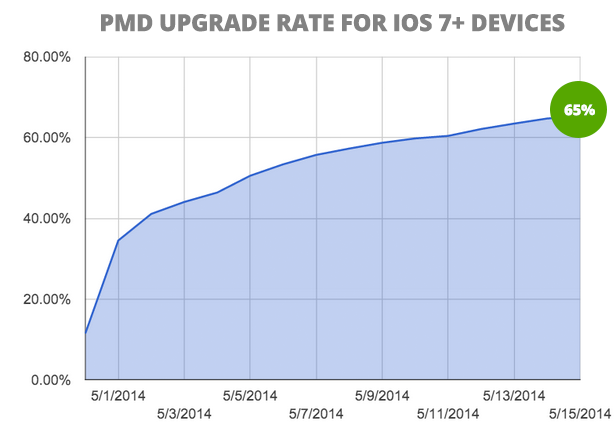 There is still as a surge in the first couple of days, followed by a steady incremental increase afterward.

Supporting outdated legacy software has always been viewed as a cost of doing business in the technology industry. Historically, this cost goes up the longer a system has been in existence, and it helps contribute to the well known phenomena of larger and older companies innovating less and less for fear of breaking things for their existing customers.

Our charge capture app has been around since the early days of iPhone OS 1.x. A lot has changed since 2008, and it’s taken some herculean efforts to keep pace with iOS’s rapid evolution. Not only that, but it has to be done in the medical world, one of the most technologically conservative sectors of society (we still can’t stop support for IE6!). Yet the fact that it’s been possible at all must also be credited to the design of the platform itself, modern developer tools, and also (for better or worse) the culture of constantly trading-up one’s smartphone to the newest and shiniest.