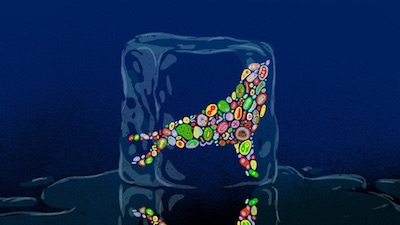 •  Apple just announced the launch of a new personal health record (PHR) feature with iOS 11.3. Twelve hospitals across the U.S. are participating in the launch. Patients at these hospitals will be able to use Apple's Health Records, as the feature is called, to view their patient information easily and securely. This information is aggregated from both patient-generated data and their electronic medical record from participating hospitals.  Read More

•  With climate change comes a plethora of consequences. A growing fear about one possible consequence is the return of deadly bacteria and viruses that have been preserved for centuries in the frozen ground. As the Arctic's permafrost begins to thaw, is this fear becoming a reality?  Read More

•  To arm or not to arm? Many hospitals across the country have tightened security by bringing in armed guards but many opponents argue that armed guards in hospitals encourages violence rather than prevents it. In addition, uniformed guards carrying weapons can make patients uncomfortable in an environment where patients should be feeling safe.  Read More

•  The Food and Drug Administration rejected a claim on Thursday made by Philip Morris International that their electronic tobacco stick device is safer than traditional cigarettes. Philip Morris International also submitted studies claiming that the electronic tobacco stick reduces the risk of tobacco-related diseases, would reduce exposure to dangerous chemicals, and would be less harmful than conventional smoking.  Read More