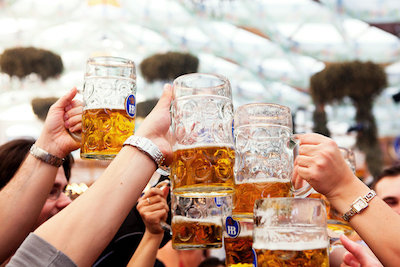 •  A study based in Germany found that binge drinking is associated with an increased heart rate known as sinus tachycardia. The study was conducted over the course of the iconic 16-day beer festival, Oktoberfest. Scientists of this study were particularly interested in what's known as "holiday heart syndrome", in which binge drinkers suffer potentially dangerous atrial fibrillation.  Read More

•  With all the new government requirements imposed on physicians, more specifically the Meaningful Use program, the Centers for Medicare and Medicaid Services has created a centralized and more accessible repository as a source of health information for eligible professions. The information within the repository was collected in September and October of 2016.  Read More

•  A drug-resistant fungus called Candida Auris is circulating in the U.S. and is severely affecting the New York and New Jersey areas. The Centers for Disease Control and Prevention has found that the fungus can persist on surfaces and is easily spread between patients.  Read More

•  On Thursday, House Republican leaders failed to round up votes for their bill to repeal the Affordable Care Act, losing the opportunity for a major legislative win in Trump's first 100 days in office. This hot topic continues to pull Democrats and Republicans to opposite sides of the health care spectrum.  Read More