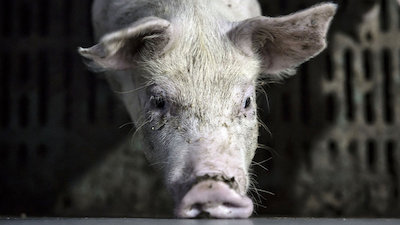 • New drug-resistant pathogens are becoming a growing problem around the world every year. How can we stop the spread of this resistance? One surprising solution lies within a simple strip of bacon. Antibiotic-raised farm animals are often treated with larger amounts of antibiotics than prescribed by doctors and nurses in hospitals, in order to help prevent livestock disease and promote the animals' growth. Fast-forward to the breakfast table where your family is likely ingesting these drug-resistant bacteria carried over from farm to table. Stop the spread of these superbugs by conscientiously choosing meat raised without antibiotics or are USDA-certified organic! Read More

• Health care experts remain optimistic that the MACRA regulation issued on October 14 will remain largely intact under the new Trump administration come January. According to Michael Millenson, president of Health Quality Advisors, the Trump administration may be too busy concerning themselves with the repeal of Obamacare that MACRA will be low on their radar. While the value of MACRA reporting will be assessed by the new administration, it is widely supported by Republicans and will likely see little change. Read More

• U.S. blood banks will now require Zika screening for all donated blood. Early testing results for the virus show an exceedingly rare occurrence. In the past six months, only about 40 cases tested positive for the virus out of about 800,000 blood donations, which can be attributed to blood banks becoming more proactive about dissuading people from donating if they recently traveled to an area where the virus is widespread. Read More

• Premier's Accountable Care Organizations, or ACOs,  have contributed to 22 percent of the $1.3 billion in total Medicare savings since 2012. Premier ACOs also outshown its competing ACOs by 2.5 percentage points when looking at quality and outcomes. Premier's success, in the wake of many participants dropping out of ACO programs due to financial losses, shows that while these models can be challenging, with the right combination of tweaks and collaboration, the best possible outcomes can be achieved. Read More