Health Care Week In Review: EHR Messages Increase Physician Burnout, Investments in Digital Health Are on the Rise, Netflix Pledges to Limit Depictions of Smoking Due to Public Health Concern, HPV Vaccine Has Proven to be Successful in Preventing Cervical Cancer in Women
Signor Goat 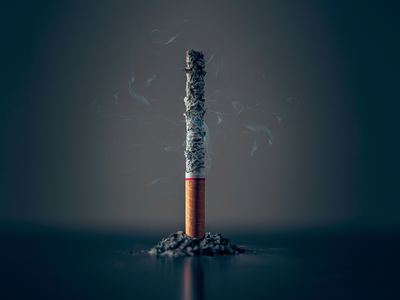 •  A recent study found that the number of messages physicians receive on a daily basis contributes to their increasing burnout. System-automated messages from the EHR, meant as task reminders, account for half of the messages physicians receive. The study found that these extra in-basket messages influence physician burnout by 40% and created a 38% probability for reduction in clinical work time. Health systems should look for ways to present relevant EHR messages to the appropriate recipients while also improving the quality of patient care.  Read More

•  According to Rock Health’s midyear report, investment funding in the digital health sector is well on its way to surpass 2018’s annual total, with $4.2 billion invested so far in 2019. Some digital health companies highlighted in the report include Telehealth company American Well, direct-to-consumer genetics company 23andMe, and the AI company HeartFlow. Tech giants like Amazon, Google, and Apple are also moving into the health space by acquiring digital health companies predicted to have big returns. As digital health becomes more common and proves to have a positive impact on the health sector, investors are likely to continue to show interest.  Read More

•  Netflix announced that moving forward they will reduce depictions of smoking in their shows aimed towards younger audiences. This came after a study was released that found that the amount of tobacco imagery in popular young adult television programs has more than tripled in the past year. These smoking and e-cigarette depictions were found most prevalent in Netflix shows. Increased exposure to tobacco use is likely to have an impact on younger generations and is a public health concern. Netflix pledged to limit the depiction of smoking and e-cigarette use and also to include information about smoking as part of its rating system.  Read More

•  First introduced 13 years ago in 2006, the HPV vaccine has proven to be successful in preventing cervical cancer in women. A study done by the HPV Vaccination Impact Study Group found that the prevalence of cervical cancer-causing strains of HPV decreased by 83 percent in girls ages 13 to 19 and by 66 percent in women 20 to 24.  Read More