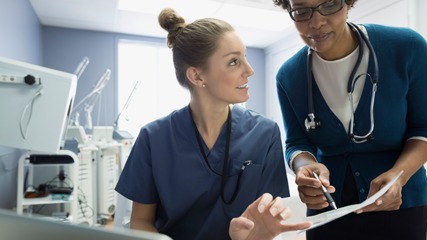 •  A study from the American Medical Association has found that for the first time since this survey was conducted in 2012, the percentage of employed physicians outnumber self-employed physicians. The findings confirm a continuing trend of declining physician ownership of medical practices due to the administrative burden of health care reform and decreased reimbursement.  Read More

•  A recent study, published in the journal PNAS, provides new evidence of a single gene that determines how different one person's "smellscape" is from another's. The scientists who conducted the study found that the single genetic mutation was linked to dozens of scents including the lily of the valley scent, beet’s earthiness, and the intensity of whiskey’s smokiness.  Read More

•  A new experimental genetic test that can help predict obesity has the scientific community questioning whether a deep dive into DNA databanks is valuable, especially since there is currently no clear way to put that information to use. This type of analysis performed in this study doesn't reveal specific information about individual genes, instead calculating a composite score, and can't be used to understand one’s underlying biology. Some researchers have concluded that while genes influence a person's risk of obesity, the obesity-promoting culture sweeping the nation is far more impactful than being at genetic high risk.  Read More

•  A new study shows that more hospitals and health systems are recognizing the innovation that nurses can bring to their organizations. According to the report, nurses are appreciated by their colleagues for skills in areas such as the "interface of clinical innovation and technology" and "design-thinking for process change.” While this appears to be increasingly true, many health system leaders recognize the need to have more nurse innovators at the leadership level and recognize the forward-thinking skills nurses can contribute to product and process development.  Read More