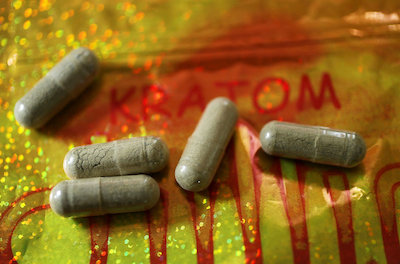 • Kratom advocates can breathe a momentary sigh of relief since the Drug Enforcement Administration recently withdrew its notice of intent to classify the kratom plant as a Schedule I substance. Kratom is derived from the leaves of a tree native to Southesast Asia and is most commonly used in the U.S. for coping with chronic pain. The DEA attributed 15 deaths to kratom between 2014 and 2016. The public comment period ends Dec. 1st after which the DEA could still decide to temporarily ban kratom or place the plant in a scheduled category, permanently.  Read More

• As the number of Medicaid enrollees continues to grow, most states will tighten controls on spending in anticipation of next year's reduction in federal aid. Strategies to contain costs include hiring private managed care companies to deliver services to enrollees and restricting use of pricier prescription drugs.  Read More

• CMS will soon release the final rule that will result in major changes in how physicians are paid under Medicare. Physicians and organization leaders are worried that the new rule, which will implement the Medicare Access and Chip Reauthorization Act (MACRA), will hurt small practices and cause rifts between primary care doctors and specialists. MACRA will incentivize top-performing doctors and ding under-performers based on a variety of measures. Read More

• A heater-cooler machine, which is a device used during open-heart surgery, was found to have been tainted after 12 patients at a Pennsylvania hospital were infected last year. The device originated from a plant in Germany. It uses water to regulate the patient's temperature during surgery. While the water does not come into contact with the patient, bacteria can be transmitted through the air from the machine's exhaust vent. Read More