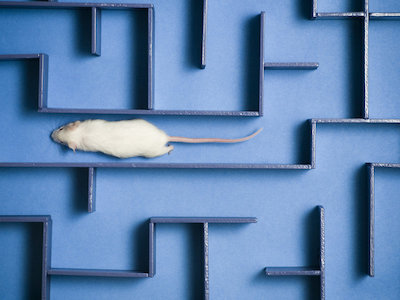 •  Researchers have turned their attention to the skin of certain frogs, whose mucus can be used to fight flu viruses. This mucus contains antimicrobial peptides, which can neutralize bacteria, fungi and viruses in our immune system. Recently published findings have found that these peptides were just as effective as some antibiotics in fighting bacteria.  Read More

•  Virtual reality is being used as a method to identify fall risks in the elderly population. By disrupting a person's sense of balance, researchers are able to disorient study participants as they walked on a treadmill and recorded their movements. Researchers are interested in learning more about the specific muscle responses that contribute to loss of balance.  Read More

•  The Food and Drug Administration (FDA) announced on Thursday that drug manufacturers will be required to update their package inserts to reflect the strongest warning type, alerting doctors and parents to the sometimes fatal consequences of certain painkillers used in children. Harsher restrictions have been imposed by the FDA regarding the use of opioid codeine and tramadol in young children and nursing mothers.  Read More

•  In a recent study, researchers have found a protein in human umbilical cord blood that, in aging mice, improved memory and learning. While there is no indication that it would work in humans at the moment, it's an intriguing glimpse into the potential therapies that might someday work to prevent illnesses that are age-related.  Read More