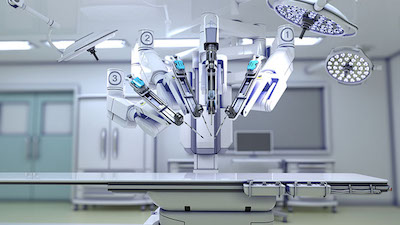 •  Four lawmakers opposed the newly released Senate health care bill. In a statement Thursday afternoon, Republican Senators Rand Paul, Ted Cruz, Mike Lee and Ron Johnson announced their opposition, stating "Currently, for a variety of reasons, we are not ready to vote for this bill, but we are open to negotiation and obtaining more information before it is brought to the floor."  Read More

•  Beef imports from Brazil have been suspended in the U.S. as of Thursday due to safety concerns. A two-year investigation by Brazil's Federal Police found that dozens of federal inspectors were accused of accepting bribes to falsify sanitary permits and allow expired meats to be sold.  Read More

•  According to a new Accenture report, artificial intelligence (AI) applications are expected to save the health care industry $150 billion over the next decade. While these AI applications lead to improvements in efficiency and precision, a few concerns to keep in mind are the challenges of balancing automation and workforce, sound organizational strategy, patient engagement and security.  Read More

•  The proposed MACRA rule released by the Centers for Medicare and Medicaid Services would make it optional for physicians to adopt upgraded EHR systems and can continue using the 2014 Edition Certified EHRs. Hospitals under the current Meaningful Use regulations, however, are still required to upgrade their systems by January 2018.  Read More