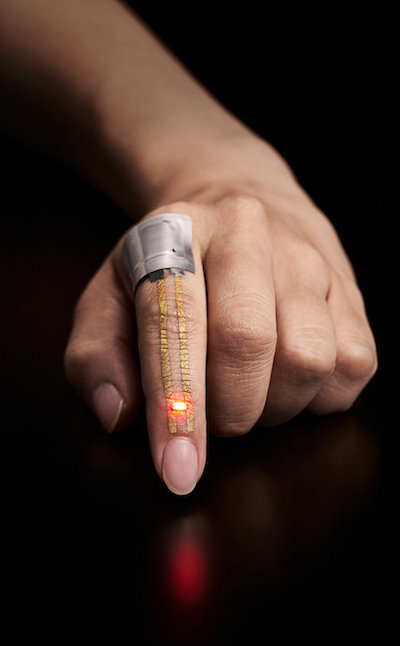 •  The National Institutes of Health (NIH) is working on new strategies to enroll more children in longitudinal studies that are part of their precision medicine cohort program. The All of Us Research Program aims to conduct genomic research and responsibly engage children in the decades-long studies.  Read More

•  This week, the GOP's repeal-and-delay measure lacked the votes to move forward after three Republican senators opposed the plan to repeal the Affordable Care Act (ACA). Senate Majority Leader Mitch McConnell could only afford to lose two votes on this bill. The White House said in a statement on Tuesday that it would back whichever strategy results in repealing the ACA.  Read More

•  Scientists have developed a new, wearable sensor that can monitor your body's activities. The sensor is lightweight, thin and flexible. It resembles that of a henna tattoo and can monitor vital signs over a long period of time. Researchers hope that it can monitor a patient's vital signs without any discomfort.  Read More

•  With financial incentives and penalizations in place to reduce hospital readmissions, the readmission rate declined 20 percent since its inception in 2012 under the Affordable Care Act.  Such a decline led some researchers to be concerned about unintended consequences, such as more deaths as patients are kept out of the hospital. In a study published Tuesday in the Journal of the American Medical Association, no evidence was found that the reduction in hospital readmissions resulted in more deaths.  Read More