Health Care Week In Review: The Value In Converging the Pharma and Tech Sectors, Health Systems Still Slow at Scaling Innovation, Microplastics in the Deep Ocean Being Introduced into the Food Chain, Gum Disease Tied to the Development of Alzheimer's
Signor Goat 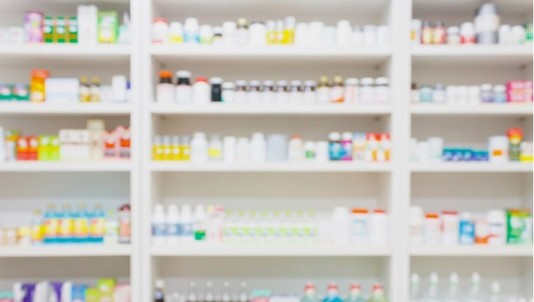 •  An upcoming HIMSS session in Finland will examine the cross-sector collaboration between the pharmaceutical and technology industries and how such a partnership could add tremendous value to improved patient outcomes and experiences. The pharmaceutical industry offers deep knowledge about patient data in addition to scientific expertise, while tech provides ways to capture data and make predictive analytics. However, the differences between the two industries could present a significant barrier to seeing this collaboration work well on a large scale.  Read More

•  According to a new study, two-thirds of health systems in the U.S. are very slow at scaling innovation, and many still do not have a clear definition for the term. A health system’s approach to innovation usually corresponds to its system-level priorities, such as reducing cost or improving patient outcomes. It was also found that less than half of health systems had a formal process or department dedicated to innovation, and some turn to outside organizations such as tech companies to help develop strategies.  Read More

•  A new study from the Monterey Bay Aquarium Research Institute found that microplastics have made their way into the deep ocean. After taking samples from up to 3,000 feet deep in the Bay, researchers found that microplastics were widely distributed throughout the surface and deep-water levels, meaning that these microplastics are not just washing off the California Coast, but also coming from other parts of the ocean. The study also found that out of 2,000 fish examined, one in every three has plastic in its stomach. This means that plastic being introduced by humans is also being introduced into the marine food web, ultimately affecting animals that people consume.  Read More

•  Research conducted at the University of Bergen shows that gum disease plays a role in developing Alzheimer’s disease. Results from their study prove that bacteria causing gingivitis can move from the mouth to the brain, producing a protein that destroys nerves cells leading to memory loss. To lower the risk of Alzheimer’s, professionals encourage brushing and flossing your teeth to reduce the presence of these bacteria. Researchers have also developed a new medicine for blocking the harmful enzymes these bacteria excrete, slowing down the progression of Alzheimer’s.  Read More