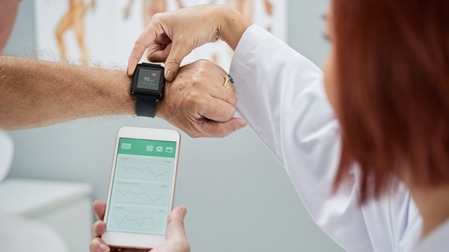 •  A number of public health organizations have labeled climate change as “the greatest public health challenge of the 21st century.” The medical groups argue that climate change poses health risks due to extreme weather events, air pollution, and mosquito and tick-borne illnesses. The organizations advocating the climate change agenda, which include the American Medical Association and the American College of Physicians, urge U.S. leaders to take actions to reduce the global epidemic. These actions include increasing the use of renewable energy and public transportation.  Read More

•  The state of Louisiana officials recently made a deal with Asegua Therapeutics, a pharmaceutical company specializing in the treatment of Hepatitis C, to treat its affected Medicaid and prison populations. There are at least 39,000 Louisiana residents suffering from hepatitis C who are either on Medicaid or in prison. The cost of providing treatment for these patients is extremely high, outside of the state’s constrained budget. Asegua Therapeutics has stepped in to offer a solution: providing the state of Louisiana with an unlimited supply of the generic version of the lifesaving hepatitis C drug Epclusa. In return, the state will make fixed monthly payments and give Asegua exclusive access to Louisiana’s Medicaid and corrections markets.  Read More

•  A new survey found that patients would be open to using health-monitoring wearable devices if it means fewer trips to the doctor. Patients had an overwhelming interest in wearables such as Fitbit and the Apple Watch, with over half of the participants leaning towards the idea of using a monitoring device at home. Health care professionals are starting to recognize the convenience and cost savings in telemedicine, but there are still providers that remain unconvinced.  Read More

•  Apple is now selling a glucose monitoring device in its physical retail locations. The health device, called One Drop, integrates with the iPhone and Apple Watch and is yet another way the tech giant is breaking into health care. Free coaching on topics related to managing diabetes is included with the purchase of a One Drop device.  Read More