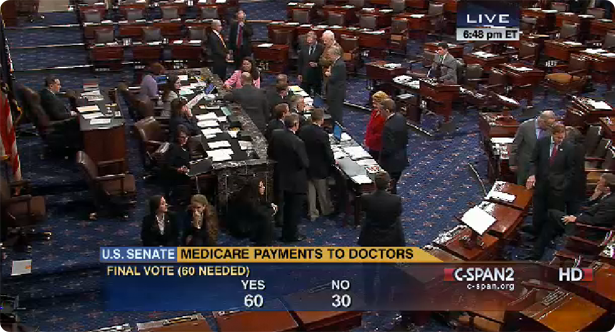 The new ICD-10 code set, originally intended to be implemented in 2008, has now seen yet another delay to the October 2014 go-live date. Last week, the U.S. House of Representatives approved the “Doc Fix” legislation, which includes a one-year delay to ICD-10. Tonight, the Senate confirmed that delay, adding another year onto the ICD-10 countdown.

This delay, so close to the October 2014 deadline, comes with mixed reviews from health care groups. There has already been a great amount of resources put into the training and funding of ICD-10 education and transition efforts. Well-prepared health care providers have already begun the process of learning the new level of specificity that will be expected of them for each patient visit, and medical coders have begun learning the complexities of these new codes so as to not interrupt reimbursement from payers. These groups who have already started the transition know how difficult it is and will continue to work diligently in the next year to be ready.

Then there are the medical practices and vendors that simply would not have been ready come October 2014, for which this decision comes as a huge sigh of relief. Those who haven’t begun the transition should use this delay as a wake-up call to get started now and take full advantage of the one year gift they’ve just received.