Let’s Get Specific: What the end of the ICD-10 grace period means for your practice
Lindsay Cornwell 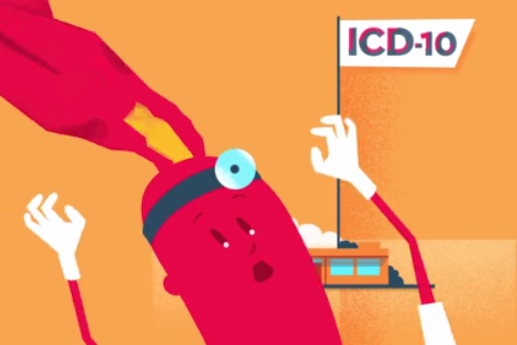 Around this time last year, many medical practices were feeling pretty stressed out; there was a lot uncertainty around the ICD-10 transition. What was going to happen on October 1st, 2015? Would claims stop being paid? Did practices need to set aside funds to keep their businesses afloat? Would the payers be ready? Was an ICD-10 code for a "burn due to your water skis catching on fire" (V91.07) or "getting hurt at the opera" (Y92.253) really necessary?

October 1st, 2015 came and went, largely without a lot of incident. Practices started using ICD-10 codes (to varying degrees), and much of the gloom and doom that was predicted seemed to never come to pass. A lot of this was due to the one year ICD-10 "grace period” that CMS put in place, which stated that they would not deny claims as long as the ICD-10 codes used were in the correct family of codes. This grace period that has been so helpful in easing this transition is coming to an end at the end of this week, and practices are starting to brace themselves.

Some of the most common questions we’ve received from practices that we work with are listed (and answered!) below.

What is changing on October 1st?
The period of “ICD-10 flexibilities,” or the ICD-10 grace period, is ending. CMS will no longer accept unspecified ICD-10 codes on Medicare fee-for-service (FFS) claims when a specific one is warranted by the medical record. CMS is also removing 305 existing ICD-10 codes and adding 1,900 new codes (this number is much higher than most years due to a coding freeze).

What’s a real example?
During the grace period, in order to bill diagnoses for Hodgkin’s Lymphoma, for example, providers were able to choose from the family of C81 codes, including the most general code, “Hodgkin’s Lymphoma, unspecified, unspecified site (C81.90).” This code would have been accepted by CMS even if the clinical documentation supported a more specific code. After October 1st, providers will be required to be more specific, using codes like “Lymphocyte-rich classical Hodgkin lymphoma, spleen (C81.47)” that describe the nature of the lymphoma and the body part.

Will these flexibilities be extended or phased in?
In new guidance released at the end of August, CMS states that the ICD-10 flexibilities will not be extended past October 1st, 2016, and will not take a phased approach to coding at the highest level of specificity.

Can I still use an unspecified ICD-10 code?
Yes, but only when the clinical documentation does not support a more specific diagnoses.

What can I do to prepare?
Run historical reports to identify the usage of unspecified and header codes over the past year. If there are unspecified or header codes that are used in high frequency, work with providers to identify other options to replace those codes when the documentation supports a higher specificity.

It may end up that October 1st, 2016 is a much more important date to remember than its predecessor a year ago. Many practices are gearing up for the denials and rejections that could be coming their way, and searching for ways to educate their providers on these new, stricter rules.

Here at pMD, hospitals and medical practices have been utilizing ICD-10 prompts within our electronic charge capture software. This feature proactively asks providers in real-time for more specific information when selecting an ICD-10 code that requires it. While no one really knows what type of crackdown CMS is going to employ later this year, our customers have put their trust in us to be forward thinking and give them the tools they need to make sure they are compliant.