• CMS released a list of 758 hospitals that will see their Medicare payments reduced by 1 percent in 2016 for ranking in the bottom quarter nationally under an Affordable Care Act program. More than half of the hospitals that Medicare penalized in 2015 for having the worst performance for hospital-acquired conditions are on that list for the second year in a row. View how individual hospitals scored from 2015-16: Hospital-Acquired Condition Reduction Program data

• A recent study by the Commonwealth Fund found that approximately one in four U.S. physicians are not prepared to effectively manage and coordinate the care of patients who have multiple chronic conditions. The research comes at a time when Medicare and commercial insurers are moving away from fee-for-service payments to value-based care that rewards better outcomes. Care coordination is important for managing chronic illnesses and improves the quality of patient care while decreasing health care costs. Source

• The Beijing government declared an environmental state of emergency on Tuesday as poisonous air quality prompted the government to close schools, roads, and shut down factories. The toxic air covered the city in a thick haze and officials warned people to take precautions with their health. The municipal air quality index was a 308, rated hazardous by U.S. standards and a level at which people should not go outdoors. Beijing’s air quality index is forecasted to return to "very unhealthy" levels on Saturday, according to the U.S. Embassy in Beijing. Source

The holidays are a hot time of year for Apple, who went up 0.02 percent this week in the mobile device wars against Android. And just in time for the holidays, prices for the Apple Watch have gotten cheaper, fueling speculation that a new version could be on the way. 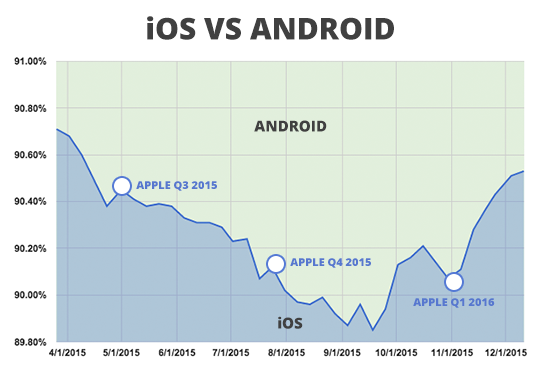