• The Centers for Medicare and Medicaid Services (CMS) announced an extension for hospitals, physicians, and other eligible professionals to file their "hardship exemption" applications for meaningful use requirements. The new deadline is now July 1, 2016 for all providers. The extension gives providers additional time to submit their applications to avoid payment penalties to their Medicare reimbursements in 2017. Source

Apple saw a 0.08 percent boost this week in the mobile device wars against Android. The iPhone-cracking saga continues as Apple filed to dismiss a court order to assist the government in hacking an iPhone. Apple CEO Tim Cook has doubled down on the company's privacy stance and called the government's request the "software equivalent of cancer." 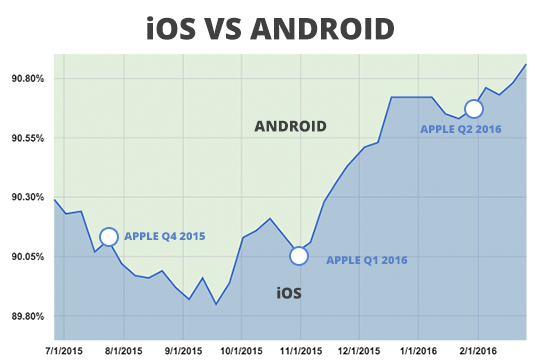