Happy Thanksgiving from pMD! We're bringing you our weekly health care recap early this week so that you can eat leftovers and get some quality R&R this Friday.

• Pharmaceutical giants Pfizer and Allergan confirmed Monday they will merge to form the world’s biggest drug company by sales in a $160 billion tax inversion deal. The deal is structured to reduce Pfizer’s tax bill by moving its headquarters out of the U.S. to Ireland. Allergan is based in Dublin, and the companies said they expect to have an effective tax rate of 17 to 18 percent in the first full year compared to the current 25 percent for Pfizer. Source

• Researchers found that pigeons can be trained to identify malignant and benign breast tumors by looking at a mammogram or a slide from a biopsy, almost as accurately as a radiologist or a pathologist would. The birds may be useful as replacements for human subjects in medical image perception studies, and they may also be useful in exploring the effect of technical aspects of color parameters on the accuracy of perception. Source

November has been a sweet month for Apple, who gained 0.06 percent of the mobile device pie this week against Android, growing its market share to 90.43 percent. It looks like pMD's physician charge capture users may be getting a head start on their holiday shopping. Apple also acquired Faceshift this week, the maker of the motion capture technology used in Star Wars films. Faceshift worked with game and animation studios on technology designed to quickly and accurately capture facial expressions using 3D sensors. 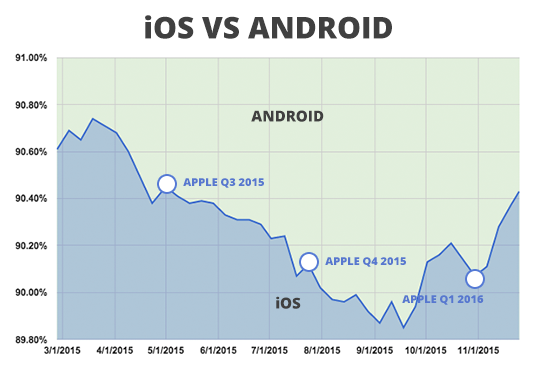