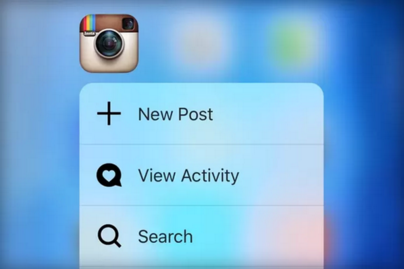 If you’ve read some of our previous Weekly Byte posts, it should come as no surprise that everyone at pMD - including developers - wear many hats. It keeps my job interesting and never with a dull moment. However, I can never neglect my main task as the lead iOS developer! And even then, my role is not just about writing code. As all developers know, we must continue to learn and hone our craft. Apple releases new software updates all the time and we in turn have to keep up. pMD, who supports a learning culture, encourages that we attend a seminar or sign up for a class once in awhile. Well, last month, I attended my first NSMeetUp!

As the name would imply, NSMeetUp is a gathering of people who "meet in Downtown San Francisco and discuss iOS and Swift & Objective-C related topics, meet other developers and other interesting folks.” Included in the program are talks, workshops, and hack-a-thons, as well as the opportunity to work on interesting projects. The session I attended was, "Lessons Learned with 3D Touch at Instagram". It was the first developer meetup I've been to in quite some time and I have to say, I very was impressed with the turn out. 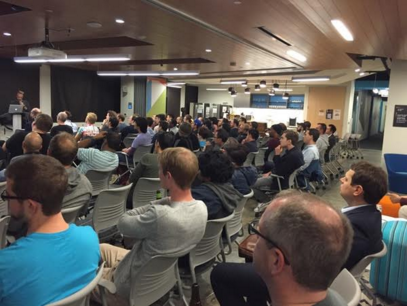 Maybe the full attendance was for the free beer, but I really think it was for the speaker, Ryan Nystrom. Not often do you get to listen and talk to one of the core developers at a world class app such as Instagram!

The talk was great. As promised, Ryan discussed the pros and cons of 3D touch. For bonus points, we got to see a sneak peek of some new Instagram screens! More importantly though, we got to discuss first hand the rationale behind why they choose to create those features. An interesting story Ryan shared was how 3D touch actually generated a significant unintended uptick in usage for one of their summary screens, which before had little-to-no traffic.

While waiting in line to meet Ryan after the talk, I met a pretty cool freelance Ukrainian developer who moved to the bay area recently and has a three-legged dog! In the end, my main takeaway for 3D touch is that it should be viewed as "icing on the cake" rather than a core functionality for any app. It'll be fun to see what we can do for pMD’s mobile software and how we can add this extra "candy" for our charge capture and secure text messaging users.

I hope this encourages everyone to get out there, meet new folks, hopefully learn a thing or two. Maybe I'll bump into you at the next NSMeetUp!