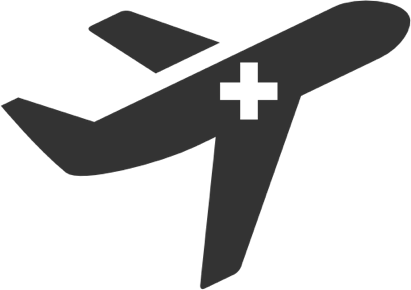 Working at pMD, I get to travel much more often than I did at my previous job. We get to meet our charge capture, secure messaging, and care coordination customers face-to-face, which is always helpful for me as a developer. So naturally, we also get to visit new places - I visited Mount Rushmore for the first and likely the only time in my life! And more generally, we end up with a ton of random stories that you otherwise would not have sitting behind a desk day in and day out.

Coming home from my last trip in Birmingham, I was exhausted, sleepy, and looking forward to a non-eventful flight home. Everything was normal, with some light turbulence here and there but around the two-hour mark, our pilot announced that it was going to get a bit bumpy and asked everyone to take their seats. This happens all the time. No big deal. It was kind of bumpy, but I've had worse - not even close to that roller coaster feeling. But after we had cleared the turbulence, I noticed some commotion two rows back. Have you ever watched a TV show with an episode on a plane and someone falls ill? There's some confusion, shock, mumbling, and you see the flight attendants go up and down the aisle asking everyone, "Is there a doctor on the plane??" Well, that actually happened! Thankfully, I wasn't the one in distress but it was pretty stressful watching the happenings.

Before we departed, I ended up chatting with the guy sitting next to me. He worked for the airline and was able to catch the flight on standby with his wife (who was seated in another row) to spend a quick impromptu weekend in San Francisco. A cute story to start the weekend. It turned out his wife was the one in trouble! As luck would have it, there actually was a doctor on our plane and he was sitting at the end of our row. He did his doctor thing - stethoscope, lights in the eyes, follow the finger, etc... She was given an oxygen tank and her husband swapped seats to sit next to her. The folks close to the action (including myself) tried our best not to look and you could only kind of hear what was going on since it's pretty loud on a plane.