It was a rough week for Apple. Apple lost .04 percent of the mobile device market share among pMD's charge capture users this week, adding to a three week downward skid. To add insult to injury, Apple had to pull iOS 8.0.1, the first update for the new operating system, after users reported major problems. There have also been reported cases of iPhone 6 Plus devices apparently bending under pressure, with the Internet quickly reacting to the controversy and calling it "Bend-gate." But with a record setting 10 million iPhone 6 and iPhone 6 Plus sales in their opening weekend, we're bound to see this number make a strong comeback among pMD's health care providers. 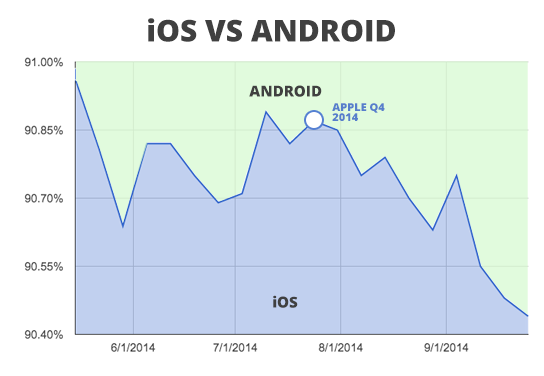