Apple has stumbled these last three weeks. This week they lost an additional 0.11 percent to Android in the platform wars among pMD's charge capture physician users. Meanwhile in tech news this week, Android released its latest dessert-themed update to its operating system, called Lollipop. Lollipop comes with a brand new look and feel, with a lighter and brighter user interface. Sound familiar? That's because Apple's iOS 7 release last year had a very similar design overhaul. Analysts expect that Lollipop will give Android a big push into the enterprise space.

Rumors are surfacing of Lollipop rendering Android devices unusable, so we may see Android take a turn in next week's breakdown. 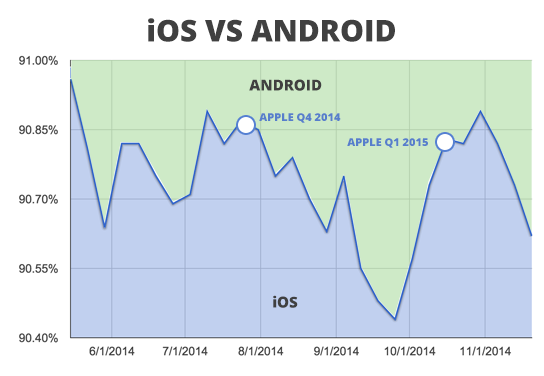