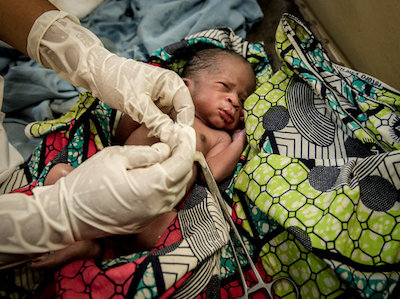 • Scandal rocks the pharmaceutical industry once more as insulin drug-makers steal the spotlight from last year's Mylan's EpiPen fiasco. This time, three manufacturers are being named in a lawsuit accusing the three makers of insulin of conspiring to drive up the prices of their drugs, benefiting themselves and pharmacy benefit managers, and consequently resulting in dangerous situations for patients who are unable to afford the lifesaving drug. Read More

• Think you've got office drama? Well, this week, in the nation's office, Democrats decided to boycott Tuesday's Senate Finance Committee meeting to vote on the controversial nomination for head of the Department of Health and Human Services. When Democrats didn’t show up again on Wednesday, Republicans changed the rules so the committee could allow a vote to go ahead without them. That must have been one awkward Thursday morning in the office. Read More

• 'Stumped' takes on a new meaning with business students participating in Northwestern University's Kellogg School of Management competition. The challenge is to figure out the best way to convince health workers and new parents in Nigeria to apply a potentially life-saving antiseptic to the baby's umbilical cord stump.  Proper treatment and education on applying the antiseptic can reduce neonatal deaths by nearly 40 percent. Read More

• Imagine being completely aware of your surroundings but unable to interact or communicate with any of it. This is the sad reality for many patients with advanced forms of amyotrophic lateral sclerosis, in which the brain loses the ability to control muscles, essentially becoming "locked-in". Scientists recently created a brain-computer interface used to read the thoughts of patients to basic yes-or-no questions by detecting the change in blood color due to changes in oxygen levels in response to certain questions being asked of the patient. Read More